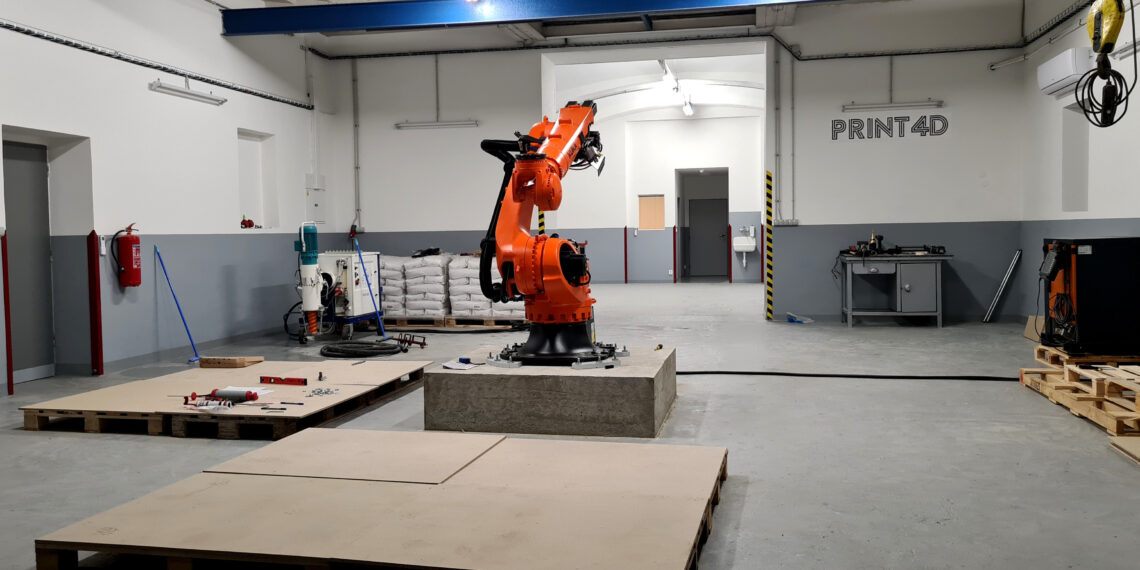 3D printing will fundamentally change parts of the construction industry over the coming years. Much like modular and prefabricated construction, it will introduce a manufacturing-type process to the industry, create a far greater reliance on software and over time significantly reduce carbon emissions.

The Middle East is increasingly seeing pilot studies and examples of 3D printed structures. The current largest 3D printed building in the world (and winner of a 2021 Construction Technology Award) is occupied by Dubai Municipality.

By 2030, Dubai wants 25% of all new builds to be 3D printed. There have also been important 3D printed builds in Saudi Arabia and Sharjah that have contributed knowledge and skills to the technology.

Whilst 3D printing can introduce more architecturally interesting building design, it can do so as it reduces waste, timescales and the number of people required on site. Sustainability demands are likely to push use of 3D printing, as the industry comes under pressure to reduce its carbon footprint during the construction process. Here, novel materials use will play a role, either through the use of lower-carbon concrete or new materials altogether.

DC Hub interviewed Luai Kurdi, Founder & CEO of Print4D, whose start-up is investigating 3D concrete printing. Starting with smaller structures rather than full buildings, Kurdi’s aim is to create a plug-and-play approach to 3D printing that clients can implement at any location.

[Kurdi] It starts from my background in architecture. I’ve seen the construction industry from many sides and got an overall image of how things are done traditionally. My interest as a young engineer was always in robotics and new technologies, and trying to find opportunities where these could be combined with architecture. But I find use cases lacking in the real world. I saw the opportunity that 3D printing could drastically change the approach to design, architecture and construction. It gives designers and architects the freedom to think about the products that they develop and it has a big sustainability aspect for the industry.

A lot of concrete manufacturers are starting to get interested in 3D printing to understand this technology and its potential. We’re seeing a slow and gradual switch from traditional techniques of concrete manufacturing towards more advanced technological solutions such as 3D printing. Pre-cast companies are investigating 3D printing and asking us to help them make that switch and introduce the technology to them. They’re trying to understand how feasible it is to switch from the traditional moulds into 3D concrete printing. We are also developing new sustainable materials, so that instead of using a traditional concrete mix we are trying to develop new sustainable mixes. Today we’re focusing on infrastructure projects, such as manholes, channels, ducts, tunnels, etc.

As the industry tries to decarbonise, it is hard to see how that will be possible if traditional materials continue to be used.

Traditionally, cement has been used as the main binder in the concrete mix, but scientists are looking at alternative materials, or at least to decrease the content of cement in a mix by using either industrial waste materials or by-products that some industries produce. Testing needs to cover all aspects of those materials when they are proposed as an alternative concrete – strength, mechanical properties and so on. We’re working with these scientists and for the mixes they develop, we’re able to test them on a large scale here. We produce one-to-one scale products, which can be compared directly through mechanical testing to their traditional counterparts.

Talking to architects about 3D printing, I can see how excited they become but again, the lack of knowledge is one of the biggest barriers. They don’t really understand the technology. If architects are not really in contact with [those working in 3D printing], they are not really able to deliver products that are feasible, or they don’t take full advantage of the technology.

One of the important parts of 3D printing is the limitation of the materials. It’s an innovative material but at the same time it has its own capacity in terms of structural strength and [its] buildability. I’ve had conversations with architects who are interested in 3D printing, but then produce designs that are not feasible. For example, one of the biggest aspects is the slope – the angle of the material. When you are 3D printing, concrete is not as wet as for traditional concrete, but it still has a wet aspect, so when you build layers at an angle you need to rely on the lower layer to support the upper layers. If you have an extreme angle it will not sustain itself without support underneath. This causes confusion because a lot of products are based on thermoplastics 3D printing, where you could print a horizontal object without support underneath it. With concrete, we need to switch that mindset to understand the material’s behaviour. Another limitation is the structural capacity for a material – is it loadbearing or non-loadbearing, and how does that interact with a traditionally structured system.

What next for 3D printing? How does it become more widely accepted?

Architects and engineers have to design and start projects with 3D printing in mind. From the initial stage of design, with the technology integrated as part of the construction process. Unfortunately, you often see the project has not been developed for 3D concrete printing and then have to fit the technology into a traditional design. I see that as a conflict and an incompatibility between design and technology. Until we sit together at the initial stages of the design and build the concept with an understanding of the technology, we will not be able to reach large-scale adoption.

A matter of time. The real shift will happen when you have that right combination between the stakeholders, who are sitting together and trying to make something happen. As technology providers, we need to push and get engagement with companies that are used to manufacturing in a traditional way, but it will also come to a point where you have interested parties that understand the benefits of the technology and are willing to make something out of it.

We’re working with different robotics suppliers on the different parts. We’re trying to integrate a system that can be used efficiently and reliably for 3D printing. One of the most complicated aspects of 3D printing is to ensure you have a material that can be extruded without having any issues. A second aspect is the nozzle for extrusion, which can be used to regulate the material and also enhance the mixing. With robotic arms, they are used in different types of manufacturing – metal sheet bending, welding, car assembly. We have a lack of experts who understand this type of robotics and how it can be implemented in architecture.

We traditionally have architects sitting behind a computer designing and robotics experts who are mainly experienced in programming the robot to do certain tasks that are very repetitive. So, these printers and robotic arms are not used to doing different tasks, meaning following a print program or path. The machines have a small capacity for the program, maybe a 4.5MB limit. I may have an interesting design, and want to create the print path – the program for the robot. But you reach the 4.5MB limit because the robot cannot store that much information – it’s not designed for that. There’s a separation between what we do in construction, and what happens in the robotics world. They are very specific to certain tasks but the overlap doesn’t really exist and that’s why you don’t have many experts that understand both sides of the technology.

We are working with suppliers and developing our own software for 3D printing, where we try to optimise the print path so it does not require as much geo-information for the robot to achieve the same piece. We continue to develop the software so it can print more complex pieces in one go. Sometimes we have to split the program so we print two separate pieces as a solution, but there are other ways of optimising that information.

Change of skill for the construction industry

Energy is wasted trying to recreate something over and over. We’re trying to provide a fully integrated system from the hardware to the software to the materials in a package where the client can take it, implement it where they want and start producing in a simple plug-and-play manner.

Pushing digital twin from buzzword to an essential technology

The importance of data in the construction industry

The importance of data in the construction industry