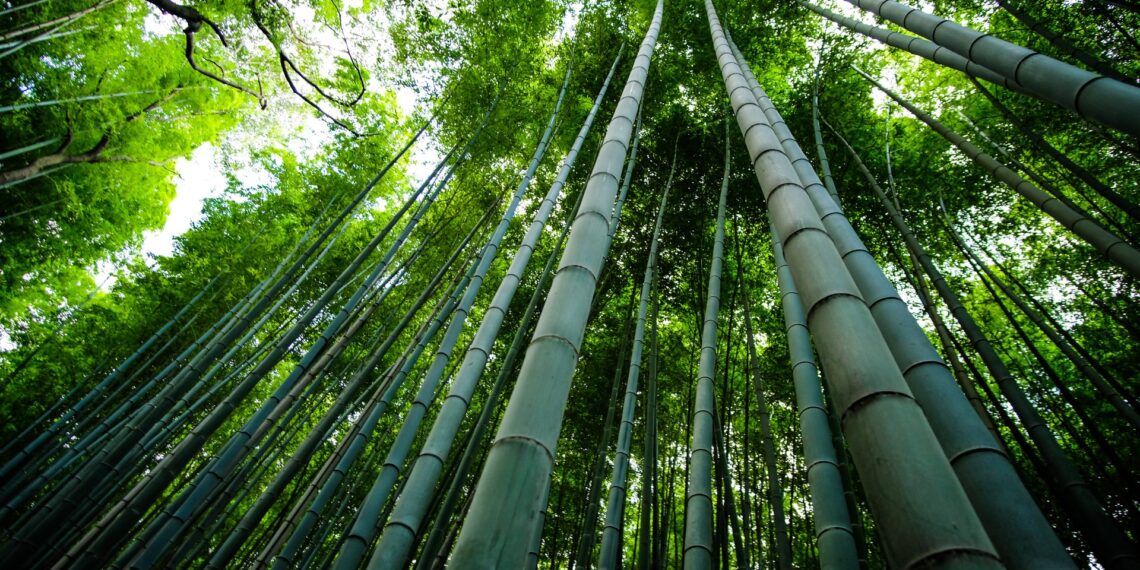 Bamboo has potential for use as a sustainable, modular construction material due to its flexibility, durability and abundance

Bamboo is considered a versatile, natural construction material that can be used to produce modular buildings. It is abundant and the plant can grow up to four feet per day. When harvested, it regrows without having to be replanted. Modular system architecture improves flexibility in function allocation, decreases development costs, and improves maintainability and durability.

However, few architects have explored the plant’s potential for the construction industry. For example, Penda, a Beijing- and Vienna-based architectural firm, has been perfecting its blueprints for a modular bamboo structure for several years.

The firm, founded in 2013, unveiled plans to use bamboo for a project named “One with Birds”, which featured a hotel comprising bamboo tents and towers, inspired in part by tepees constructed by Native Americans.

The basic tent unit, built using an X-shaped bamboo joint fastened with rope, can be articulated horizontally and vertically. Penda has its sights set on China’s Anji County, one of the largest bamboo export regions in the world, for its first settlement. The studio predicts it can build a home for 20 families in nine months and hopes to build a settlement that can accommodate 20,000 people by 2023.

Penda believes that this sustainable material construction method could in the future be used to build entire cities, particularly in China where the material has a long tradition.

Modular bamboo can be an extremely versatile building material. It is lightweight, available in abundance and stronger than steel. It can take any shape in construction and also act as a major earthquake resistant structure in various parts of the world. Bamboo can grow up to 4 feet in a several hours and is used mainly in low-cost housing in the Philippines, Indonesia and other low-lying islands.

A bamboo housing project for the new worker population in Manila also has potential for Africa’s housing problems. Philippines-born Earl Patrick Forlales won the Royal Institution of Chartered Surveyors (RICS) Cities for our Future competition in 2018, with an idea that could help solve the city of Manila’s slum housing crisis. He designed a type of modular bamboo housing that will be used for workers in the short term, before being applied to the rest of the city’s slum community.

Advantages and Disadvantages of Modular Bamboo:

Benefits of data-sharing in construction